We took a quick trip down to San Antonio to attend an open house for the new San Antonio Temple. Even ranchers need a little time off, right? It was always tentative, whether we would actually go because we still had one horse to foal and it was due that very weekend. The foal was actually born the week prior, thank goodness. But we were also waiting on Mary, one of our Australian Shepherds to have her puppies. That ended up happening while we were gone. It’s not easy finding someone or multiple people really to look after the place and the animals while we were gone, but thanks to these good friends, we were able to get away.

San Antonio is a great place to visit. Since we were there, we worked in a trip to SeaWorld and downtown while we were there. SeaWorld is a fun theme park. Not too crowded, and that ranks very high on my list nowadays. 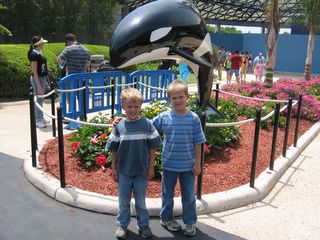 Robbie and Peter by Shamu. That’s not the real Shamu. What a show those Killer Whales put on! 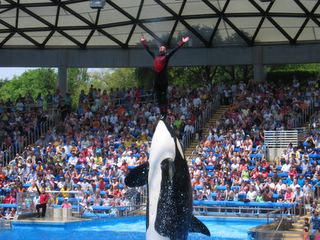 This was one of the more spectacular shots I got. This trainer had some amazing balance standing right on Shamu’s nose after coming up from the bottom of this giant tank. These whales are so huge. They make that tank look like a big tub with the waves they stir up just swimming around.

SeaWorld has a lot more than shows of course. How about some rides to get you sick? 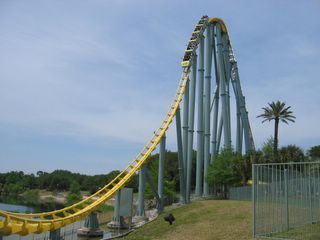 The Steel Eel is quite intimidating. I did go on it just to prove I’m still not too old for this stuff. I decided I’m too old for this stuff and turned to my picture taking role. It took me a while to get my stomach resettled. Yikes! What did I enjoy about roller coasters and what happened to those days? 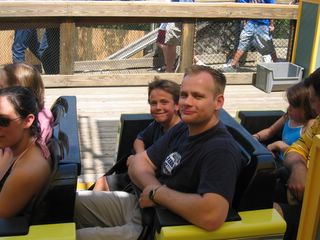 Russell was in his glory going on all roller coasters many multiple times. Here he is with cousin Mike. 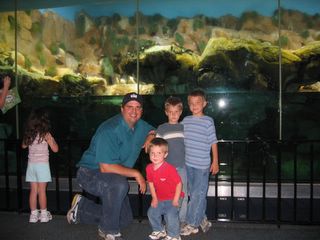 Me, Noah, Peter and Robbie enjoying the penguin exhibit. 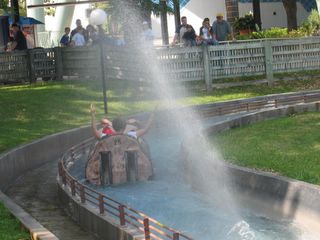 Now here’s the most enjoyable “ride” they have at SeaWorld, and I don’t mean the Log Ride. The best thing, IMHO, is to drop a quarter in the machine and use your 60 second window to blast riders with your own water blaster. I dropped a lot of quarters on this ride. That was wickedly fun. Everyone I got was a good sport about it. I’d rather be the blaster than the blastee, though. 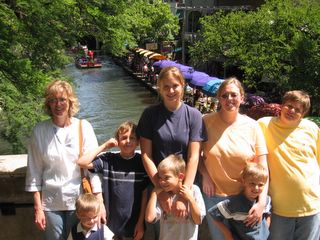 San Antonio downtown is a magical place to visit. The Riverwalk is neat. Restaurants line the banks of the river. Lot’s of mexican restaurants. We had lunch at Casa Rio. Other times down there, Diane and I have had dinner at The Little Rhein Steakhouse. That’s some good food, for sure. You can catch a ride on the river boats and listen to the guide make up stories about the various sites along the way. 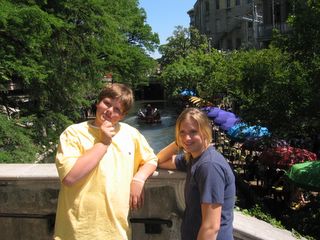 Eric and Rebecca take in the view from this bridge overlooking the Riverwalk.

If you go to San Antonio, you simply must take a little tour of the Alamo. It’s a critical part of Texas history. We took the kids there, of course. 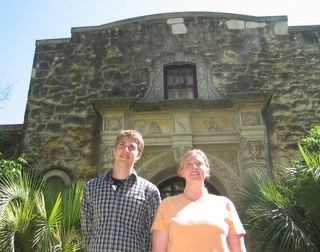 Katie (she’s home from college — yahoo!) and Ryan outside the Alamo. That’s a side shot of the Alamo because the front is obstructed by a bunch of scaffolding and stage equipment preparing for a benefit concert to be held May 2nd.