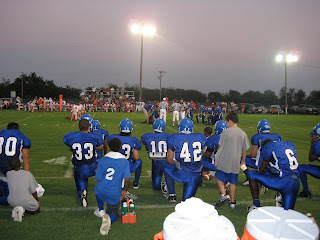 Eric (#42) is one of the players on the sidelines taking a knee while an injured player is cared for out on the field. 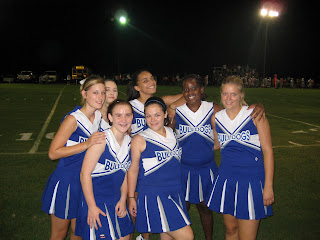 Rebecca and her cheerleading squad pose for a picture while there’s a break in the action. 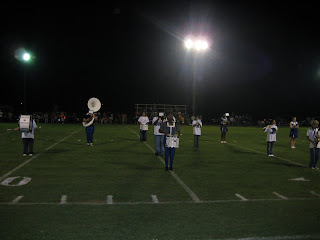 The Milford Band performs during halftime and throughout the game. A few members of the band also play football so those guys have to lose the shoulder pads during halftime and run over to the band and help with the show. Eric is the Tuba Man. If he misses a note, it’s pretty obvious, since there’s only one tuba in the band. A few of the cheerleaders also play an instrument in the band.