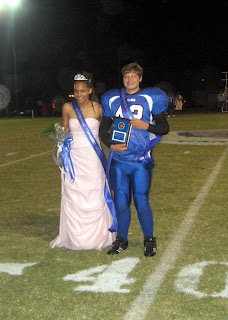 Well, surprisingly enough, Eric was voted Cheerleading Beau! The surprise on his face when his name was announced told the whole story. This picture captures that look, that says, “What? Me?” Whisper Thomas was given the Cheerleading Sweetheart award. And she’s a great cheeleader with lots of school spirit and enthusiasm. Good for her! 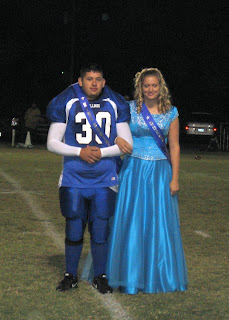 Rebecca was nominated as Homecoming Queen and was escorted by Ruben Garza. She told me that Dad’s weren’t invited to escort their daughters for this event. I felt like it should be a Dad’s privilege, but she assured me that it wasn’t her choice and if she did have the choice, she would have asked me first. Oh well, I’ll take her word on that! 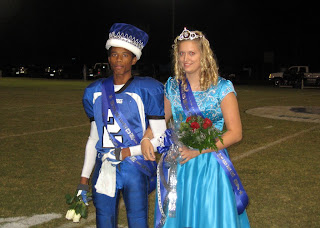 And believe it or not, she won! And Derek Williamson was crowned the Homecoming King! How cool is that?