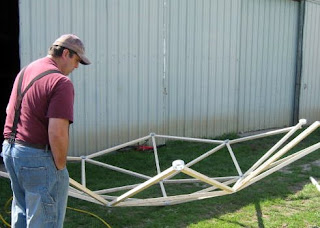 I had this vision of what would make a perfect chicken coop. A geodesic dome. But just how does one build a dome coop? Well the first thing you do is go to Ebay and find someone who is selling the plans. At least that’s what I did. It turned out to be a massive undertaking. A dome built out of 2×2’s and pvc pipe and screws (tons of screws). First you cut a million 2×2’s and a 10ft pvc pipe according to the detailed instructions, taking care to do it precisely. 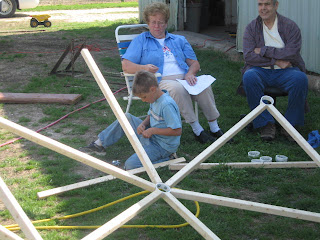 It turned into a family affair. Even my mom and dad showed up to supervise. I sort of felt like Noah building the arc. Alot of people looked at me like I was crazy. Yeah, I thought, crazy like a fox. 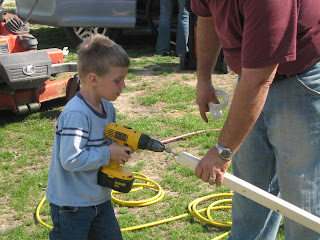 Noah adopted the cordless drill. He claimed it as “his tool”. 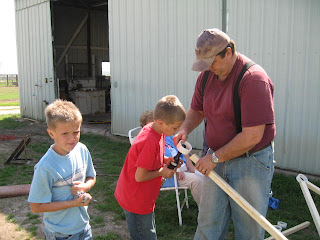 Peter and Robbie contributed major efforts to the building project. Robbie distinguished himself as a truly hard worker who did not seek to give up or complain.

One thought on “Building the Geodesic Dome”